Kemadruma yoga in astrology as per the widely known definitions is formed when there is no planet in the 12th and 2nd house from Moon. When one or more planets other than sun are posited in the 2nd, the 12th or both 2nd and 12th house from moon the yogas formed are known as “Sunapha”, “Anapha” and “Durudhara” respectively. Kemadruma yoga is formed when there are no planets in both 2nd and 12th house from moon.

The last 2 views are however not much recognized and the 1st view is most popularly known and recognized. 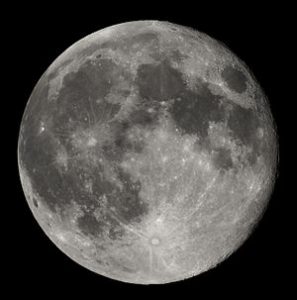 Different authorities mention different results for kemadruma yoga but all have commonly held this yoga as bad only.

“One born under kemadruma yoga even if he belongs to a royal family, becomes obscure, miserable, given to mean act, poverty, dragging his life as a menial and wickedly inclined” In short the jataka is known to be a Bhogi.

“The native born with kemadruma yoga in his birth chart will always look for sexual pleasure with other people’s wives, live on other’s food, be engaged in wicked and unrighteous deeds, be deeply drowned in public debts and sensuality.”

You can also see the above results in horoscope of famous people who are born under kemadruma yoga even though they look rich they are actually under debts and have all the above qualities of a “Bhogi”. Kemadruma yoga makes one a Bhogi.

Another version of kemadruma yoga is said to be formed when Moon, Saturn and Venus are in angular houses and Mars and Sun occupy the 8th and 12th house. The native born under this yoga shall confine himself to his native place. This can be categorized in one of the bandhana yogas.

Note: Moon in conjunction with any of the 5 planets when occupying an angle does not cancel the effects of this yoga if there are no planets in angle or 2nd and 12th to it as per garga hora.

Kemadruma yoga basically shows a bhogi and indicates weakness of mind due to now support from other planets to moon who is the karaka of mind. This makes the mind and intellect of a person dull making him unable get expertise in any skills or talents, he remains a bhogi just born to suffer or enjoy the fruits of his past good or bad deeds.

Moon is the root cause of strength of all the planets hence placement and strength of moon and its participation in yogas and good vargas is one of the most important pointers of ability, skill and success of a person in life. Nabhas yogas are also important feature of horoscope as they operate independently all through the life irrespective of dashas and transits.