Everybody is curious to know about the effects of moon in Various houses and signs. Moon is known to be a very important planet in astrology though it is a satellite of the earth rotating around the earth, its influence can be felt on full moon and new moon day, it is the base of calculation of many dasha systems in astrology, it is one of the 5 important elements in calculation of panchanga/almanac. Most importantly moon is the significator of “Mother” who is the most important person in our life, Moon also represents Mind, your place of residence, your deep emotions, subconscious mind etc. The mental Make-up of the individual is decided by the sign and house placement of moon in the horoscope. A well placed moon will help in giving a good grasping power, a clean and strong mind/will power even if one is not physically fit. The intensity of a weak mind is directly proportional to the number of afflictions a moon has and especially a waning moon. Such people are constantly gheraod by thoughts and thoughts all the time, mental stress, worries etc. The results of moon will be modified according to its paksha bala and its placement in different houses along with the planets aspecting it. Lets us go ahead to check the results of moon in various houses.

Moon in the first house :- Moon in the first house makes one very attractive and emotional in general, such people are very self centered and think about themselves all the time, attachment with self and physical looks is very much visible. Moon if placed in water signs will make one more emotional, placement in fire signs makes one very active and energetic, placement in airy signs makes one a seeker of knowledge and intelligence radiates on their faces. Those with moon in Fixed rashi will tend to be more obstinate and stubborn than those with moon in cardinal and dual signs. Having moon and lagna in one and the same sign makes the personality very strong and effective making mind and body work in sync with each other, moon in first house gives a photogenic face and a magnetic personality if it is full moon.

Moon in the second house :- Moon in the 2nd house will make one a very good speaker, sweet and polite in speech, he will win hearts of people with his sweet speaking abilities, such people are liked very much in family and mostly have a large family and more female members in the family, moon in 2nd will give beautiful countenance, big broad eyes depending on paksha bala and other aspects, Makes one have lavish eating habits, an afflicted moon may take you towards addiction of alcohol and tobacco, this will again depend on water, fire and airy signs. Such a moon is very good for financial position of the native and makes one rich generally, such people can have daily inflow of money, business related to daily inflow of money, milk, milk products, ice-cream, liquids, even things of daily necessities etc can earn money for them. Moon in second house gives more attachment to family and money also, such people are complete family people if afflicted can give detachment.

Moon in third house :- Moon in third house will make one fond of travels, adventures, sports, It is very good for those looking to excel in sports, will give a creative bend of mind for doing poetry, painting, music, dance etc, such people can be very good peots, story writers, script writers, singers, dancers, artists. In short these people have a creative bend of mind and fond of their siblings, third house also governs upadesha, so they will also benefit from good advice of other people, Marketing, public relations, print media will be good options, moon in 3rd will give a nice handwriting and prizes in elocution and handwriting competitions, this moon can also give intuitions. 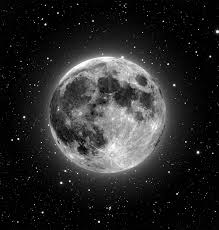 Moon in fourth house :- Moon in fourth house gives strong love of house, property, sleep, domestic surroundings and mother. Such people can be very good at heart and have a strong emotional bonding with mother. Moon in 4th usually makes one very sensitive at the matters of heart. They connect with people very easily and can be very successful in professions related to hospitals, nurses, care-takers, hotels and confectioneries, Fast-food joints, Fisheries, marine products etc. Moon in fourth also gives interest in spirituality as it is one of the moksha trikonas, such people can do meditations very easily. An afflicted moon will devoid you of all the happiness in life, mine will always be restless and worried.

Moon in fifth house :- Moon in 5th makes one lover of arts, entertainments, theater, Drama, acting most probably and very much attraction towards romance, love. such people are lucky to get love, but they will be very much attached towards their loved ones, they seldom fall in love again as they give everything in a relationship, once hurt they won’t love anybody so easily, A strong moon in 5th gives sharp intellect and photogenic memory, such people excel in education if moon is well placed, this position of moon is good to study subjects like chemistry, biology, music, painting, drama etc, such people are more emotionally attached to children and creativity. They will shower all their love on their children. An afflicted moon in 5th can be a reason for mental disorders, lunacy, as it is the house of emotions.

Moon in sixth house :- Moon in sixth house is not a good position to have, such a moon may give a sickly disposition and diseases easily, there may be regular stomach upsets due to improper functioning of liquids in the stomach which is under karakatwa of moon. people with moon in 6th will may tend to be quarrelsome, indulge in sinful acts, be leaders of a trade union, workers union, group of hooligans etc. moon in 6th will make one fall in bad company and suffer financially, though a good moon can give good maternal relatives and fondness of maternal relatives, this moon if well placed can give success in competitions, victory over enemies by sweet talks, love for body building, health consciousness on the positive side.

Moon in eighth house :- Moon in eighth goes in marana karak sthana, this is the worse position for moon to have, however good for spiritual pursuits, occult, mystical sciences etc. Moon in 8th tends to give a very bad childhood in general, it is an Arishta yoga causing death like situations in the childhood, early life is bad for such people, but they progress in life later after thirties. 8th moon will always give a fickle mind, diseased body if waning, more afflictions to 8th house can also result in early death. This moon is good for earning through Insurance, inheritance, dowry, underground money, sudden gains and sudden losses happen, there are situations in life where the person suffers from pain, shocks and griefs often due to this position of moon but this shocks are turning point in life, it can mean a good transformation in life, such people rise in life after some set-backs and get transformed into better human beings, early life is all about learning from experiences, Good astrologers, researchers, detectives and ayurvedic doctors can be born with moon in moksha trikona including the 8th house. These people also suffer from bouts of passion and are very passionate and romantic when it comes to sex and physical pleasures. 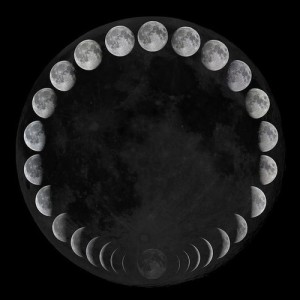 Moon in the ninth house :- Moon in 9th is a very good placement which will give good luck to the native, such people are deeply religious, philosophers and dharmic not necessarily spiritual. 9th moon gives love and respect for father and such people are very close to their father and regard him as guru. A well placed moon in the 9th house can give good fame and recognition in some area of life. These people do a lot of religious activities, social work and help others. This position makes one highly learned and of charitable disposition, a good teacher, a guide, a guru, a social worker and priest. 9th moon gives love for long travels in life and love to visit different places, attraction for religious and secluded beautiful places will be more.

Moon in the tenth house :- moon in the tenth house is one of the best positions to have in the horoscope. This position of moon is sure indicator of fame in social circles if it is a waxing moon and aspected by benefics, aspects of malefics will probably create possibilities of defamation and enemity in social circles. moon in 10th will generally favor business as they are more prone to changes in career, the high and low tides of moon get reflected in career where these people might change jobs at the drop of a hat, routine work may not appeal to them. A well fortified 10th house gives all round success in life to the native due to his good karmas and hard work, planets like moon venus in 10th give pretty quick climb to fame even without much qualities. Moon in 10th will give emotional attachment and bonding with father.

Moon in the eleventh house :- Moon in 11th is very good to give prosperity if it is waxing and well aspected, malefic aspects won’t make much damage here but the karakatwa of 11th house will suffer to some extent. Such people have a large friend circle and are very fond and attached to their friends, elder siblings, this is a combination to acquire wealth without much efforts, there will be happiness from children in the old age and your children will get a good wife who will look after you. This being the house of fulfillment will get you most of the thinks you desire in life, an exalted moon will make you famous in female company enjoying a lot of female attention. Very good gains from friendships can be expected, such people will get timely help from their friends and contacts.

Moon in twelfth house :- Moon in twelfth house is not a very good position to have since it will makes one spendthrift, waste money on wrong means like wine, women if such a money is afflicted, moon with malefics will take the native to hell as per classics, moon in twelfth can give venereal disease due to contact with wrong women, on the other hand this moon can make one a wanderer, a recluse seeking solitude for spiritual purpose, one can also be a good astrologer or working in hospitals serving people on the good side. The 12th house in modern context can also mean settlement abroad and going away from house to make a living. A well placed moon in 6-8-12 also gives some good results barring a bad childhood and troublesome early life.