Everybody now-a-days has a craze of “Green Card and Dollars”, with the popularity and the craze of west increasing here and the boom of job opportunities in foreign countries people are really very enthusiastic about settling in a foreign country, the west on the other side is getting more and more interested in India and its rich culture and spirituality that they have started to dig into our sacred knowledge. But Indians now-a-days have a huge craze of settlement abroad, so almost everybody has a question to ask to us astrologers – What are the planetary combinations for foreign travel and settlement ? 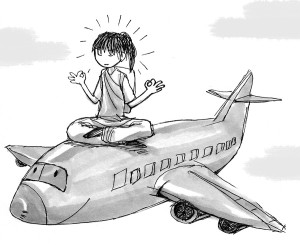 Some people are just interested to know about short travels like studying, short term jobs, while there are many who want to settle down in foreign countries permanently as they have opportunities to offer with good pay than our corrupt India where reservation system right from education to jobs have began to degrade the scenario, talent does not get opportunity often and many such people are nicely paid abroad which is why they prefer to go there, this will however one day leave a bad impact on the Indian Economy as the talent is absorbed in other countries making them flourish and rise and even people now prefer to go there due to this degrading situation.

So what are the planetary combinations for foreign travel and settlement ?

The first and the foremost planetary combination for foreign travel and settlement is the affliction to the 4th house in the birth horoscope in vedic astrology, the more the affliction the more the chances to go away from the birth place and settle elsewhere, connection of 12th and 8th to the 4th also gives foreign settlement. The water signs Cancer, Scorpio, pieces also play a very important role in this matter as they are the 3 signs which fall in the 4,8,12 houses of the natural zodiac. More planets in these signs with afflictions also give opportunities to travel abroad. 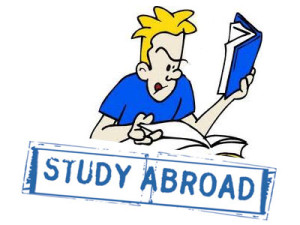 Connection of the 5th lord to the 12th or 12th lord to the 5th can give education in a foreign country in modern context, it becomes more simple in kp astrology to find if a person will go abroad or not, whenever one has to know whether he can go abroad an astrologer can take help of a prashna horoscope and see if the person can go abroad or not. The 12th Cuspal sublord of the birth horoscope as well as the prashna horoscope in case of prashna will give a clue about foreign travel and settlement. Many girls want to marry NRI grooms and look for marriage with a green card holder, it is also seen by the connections of 12th and 7th houses, the affliction to 4th house is the first and the foremost criteria for settlement abroad in a birth horoscope. It becomes easier to trace in prashna if one has got some proposals in hand and at that time asks a question if that proposal will materialize and make him/her settle abroad. Prashna horoscope helps more often than birth horoscope here.

The 12th Cuspal sublord if connected to 10 along with 3,9 could indicate a trip for job/career purpose, whereas its connection to 9th and 4th could give an indication for foreign travel in relation to education. If you want to check whether your horoscope has planetary combinations for foreign travel and settlement you can consult me through this website for the same, this can be checked with prashna as well as the birth horoscope, usually prashna horoscope gives accurate results in this regard as most of the people have wrong birth horoscopes due to difference in birth time by minutes or seconds mostly.